“And above all, watch with glittering eyes the whole world around you; for the greatest secrets are always hidden in the most unlikely places. Those who don’t believe in magic will never find it.” Roald Dahl, The Minpins

While, I have heard, it is apparently sexy in France to have dark under eye circles, I’ve always considered looking tired and worn out to be entirely the opposite of sexy, and hence the concealer industry has made more than its fair share of cash out of me over the years. I have my amazing mother to thank for what I’ve been told is photogenic bone structure, and with that genetic gift comes fairly deep set eyes. Hello, under eye circles. I am absolutely not exaggerating when I say that a single cup of coffee one day will produce noticeably darker circles the next. This is good in the sense that I’m hardly ever wired on caffeine, but as you can imagine, I keep my deep set eyes very tightly peeled for miraculous products that will actually help this state of affairs – rather than just saying they will and not delivering, which seems to be the general norm in the beauty industry. 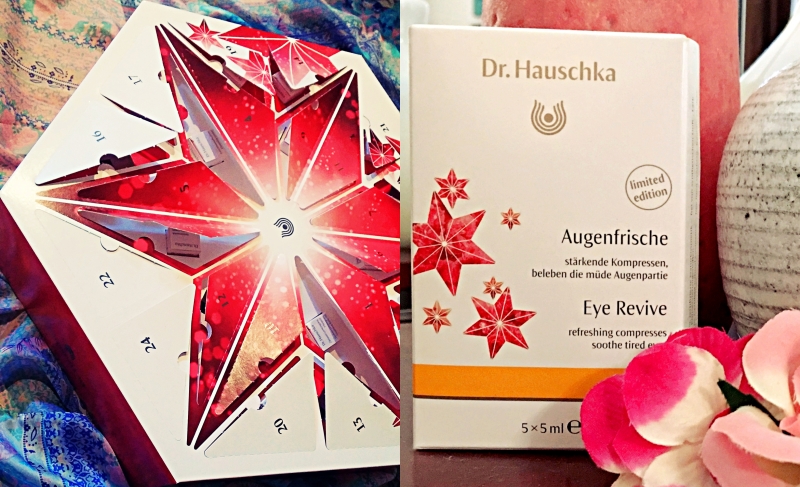 There always seems to be a surprise product in the Dr Hauschka range that I’m either discovering or rediscovering, and Eye Revive was one I had never tried before.  When you’re in a hurry you tend to take care of the basics – cleansing, toning, moisturising, a great eye cream (Regenerating Eye Cream in my case, packed full of wonders), makeup and out the door. So when, the day before Christmas, I found a box of Eye Revive hiding behind the final window of the spectacular Advent Calendar sent to me by the darlings at Dr Hauschka Australia (here it is above – isn’t it beautiful?) I thought – this is a sign from the universe. I must immediately put my feet up and revive my eyes. Being Christmas Eve, there may or may not have been a glass of champagne involved as well, but that’s another story. I honestly wasn’t expecting any result from this ritual other than relaxation, (the scent is divine) and refreshed feeling eyes. (And a wet top as it happened, because it turns out sipping champagne with compresses on eyes while in a reclined position is quite tricky. All I can say is lucky it wasn’t red wine.)

The extracts of cleverly named herb eyebright, plus fennel, chamomile and black tea are well known to soothe and reduce puffiness, but when I looked in the mirror afterwards, to my surprise, my dark circles were noticeably reduced. Anyone with deep set eyes will testify to the excitement of this observation, and when I tested it again before an audition soon after, the results were the same. When I don’t get enough sleep before an audition I’m always aware that I could look fresher, and feel slightly guilty for not being robotically disciplined about my sleep.. now I know that ten minutes with an Eye Revive compress on each eye will bring instant relief.

When we’re taught to think that only plastic surgery or industrial strength chemicals will give us beauty results, it’s easy to forget that listening to our own bodies and looking to nature for the answers is often the simplest, cheapest, healthiest and most sustainable solution there is. 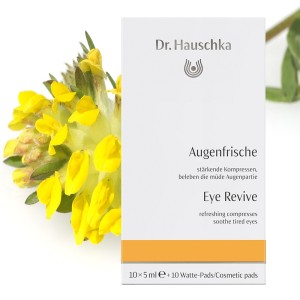 Monserrate Palace.. the most magical place in Portugal by far ✨🌲! The palace is from a fairytale, the exotic gardens seem to go on forever, and an ethereal cool mist hangs over it all…
Can’t wait to get back to the magical @house_of_wonders
It’s been quite a while and so happy to finally be back! 😍 Such an intense time at the moment especially here in my beloved adopted country, the USA. Can’t wait to catch up with everyone and share all about my favourite beautiful, inspirational and uplifting things! 🌸💕
🐈Thrilled I’m looking super put-together in new shots cos auditions got me exhausted, stressed and not feeling any of it! 😩 #actoranxiety
Thankyou for my beautiful 70’s style 💆‍♀️🌺@hairattiffanysau 💕| 👗Lotus Paige dress by @misterzimi made from super durable viscose | . . .
2019, year of big hair & bling! 🤩👩🏻‍🦰🌺| 👗Lotus Paige dress by @misterzimi made from super durable viscose | Vintage 50’s rhinestone bracelet | Vintage 60’s rhinestone earrings from my mom😍 | Vegan leather Camden heels from @vincecamuto 👡 | Hair by the beautiful @hairattiffanysau 💕🌸 #myvintagelife